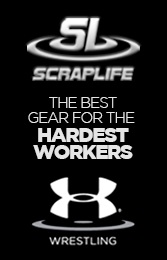 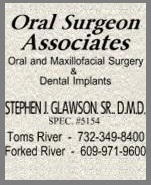 Back when this site started in 2004-2005, Wall vs Ocean in the Sectionals was pretty much a yearly fixture. In fact, the Spartans knocked the Knights out the Sectionals each season from 2004-2009. The postseason meetings were put on hold for a while as Wall was moved out of CJG3 for spells in CJG2 and SJG3, but the postseason rivalry was renewed last year in the CJG3 Semis with Ocean winning 44-24. The two met earlier this season with Wall getting a crucial bonus point in the next to last bout to earn them a 33-32 win.
The Spartans, who have won a Monmouth County best 7 Sectional Titles, are looking to follow a similar script from last season in which they dealt with a rash of injuries all season long, before finally getting healthy for the postseason and going on to claim the CJG3 Title. They'll hope the addition of State Qualifier Demetri Poniros, who missed the previous meeting, can be a difference maker on their way to a return trip to Toms River on Sunday.
Wall returned to the Sectionals last season, after missing in 2018 as they went under a rebuilding season. There's a good mix of veterans and youth sprinkled up and down the lineup, including some very promising youngsters in the upper half of the lineup that look like they are going to give Wall a strong crop of upperweights for the years to come.
While Ocean will be hoping that the return of Poniros, among other things, can be the difference maker in this rematch, the Knights will be looking for ways to find more points from last month's match, and swing at least one weight that went the Spartans' way last time out, meaning the weigh-ins could be interesting and the coin toss in this one is going to be crucial, as well.
PREDICTIONS
Despo: You know the drill.
Anonymous: Ocean
Possible Matchups